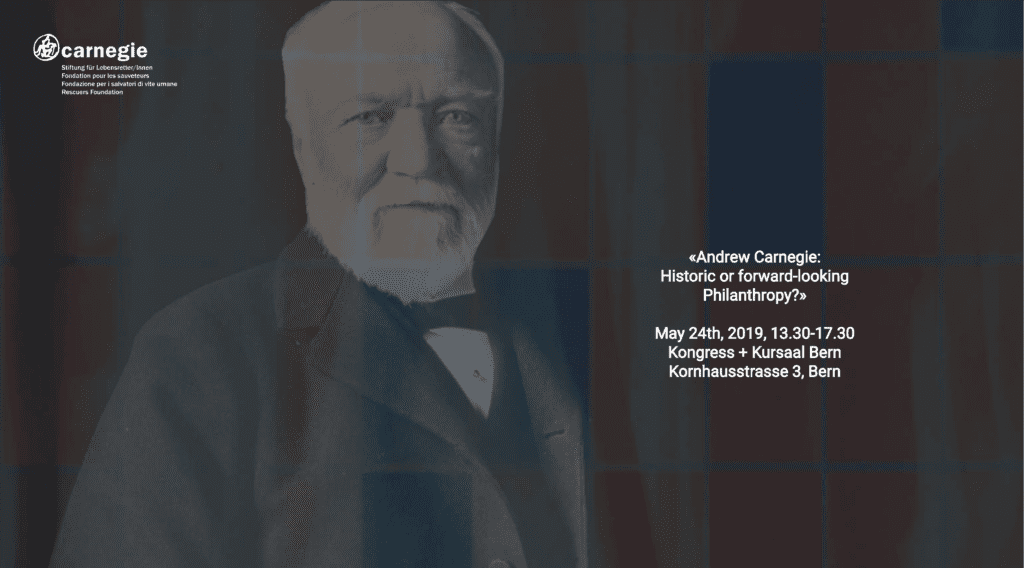 The 100th anniversary of the death of Andrew Carnegie, the founder of our foundation, will be commemorated on 24 May 2019 with a half-day symposium in Bern. In a discussion panel, we would like to highlight and discuss current aspects of philanthropy.

In contrast to the USA and the UK, where philanthropists enjoy a high reputation in the public eye, outing themselves as such and encouraging imitation, they tend to keep a low profile according to the motto “Do good but don’t talk about it” in most European countries. It is important to point out these different attitudes, their background and consequences and – if useful – to bring them closer together.

Another aim of the Carnegie Symposium is to raise awareness of the legacy of one of the first and greatest philanthropists, Andrew Carnegie. In this context, questions will be addressed such as: What is philanthropy today? What forms does it take? How do patronage, foundation and donations in the form of money, things and time relate to each other? How do nobleness, business and politics intervene in philanthropic activities?

We look forward to welcoming you in person. 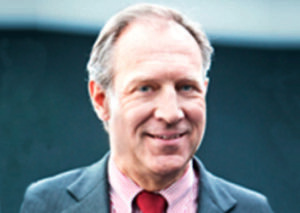 Director of the Centre of Philanthropy, University of Geneva

Henry Peter is a professor at the Faculty of Law of the University of Geneva, where he has taught since 1988. For many years he has been committed to corporate governance and social responsibility in his courses and publications. This prompted the Rectorate of the University of Geneva to entrust him with the task of creating and managing a Centre of Philanthropy in 2017. He is a member of several organizations dealing with governance and ethics issues. The Centre of Philanthropy, unique in Europe, is a partnership between the University of Geneva (UNIGE) and private foundations such as the Edmond de Rothschild Foundation, the Lombard Odier Foundation and Swiss Life. The Centre’s mission is to provide a multidisciplinary approach to philanthropy and to promote academic research and training in the field while ensuring the dissemination of knowledge to professionals and the city.

Philanthropy is certainly not a new concept, but it is developing very rapidly; one can even say that a paradigm shift is currently taking place from different perspectives: 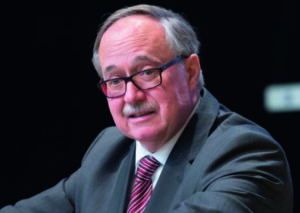 Samuel Schmid completed his law studies at the University of Bern with a degree in advocacy and notary public. He opened his own practice in 1978.

Samuel Schmid presided over the Bernse trade association. As President of the Constitutional Commission, he played a key role in the Bern Constitution.

His political career culminated in his election to the Federal Council in 2001. He was Federal President in 2005. Samuel Schmid headed the Federal Department of Defence, Civil Protection and Sport (SBS) of Switzerland throughout his term of office until 2008.

«Philanthropy and welfare policy; complementary or competing principles?»
In a world where everything happens practically on our doorstep, poverty and hardship are omnipresent. How grateful we are therefore to philanthropists who help to alleviate need and poromote education and development! Gratitude also goes to all those who, according to their means, show charity through making every kind of contribution. 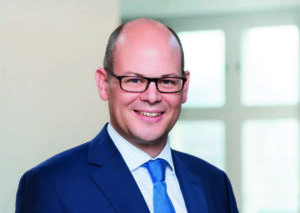 Georg von Schnurbein is Professor for Foundation Management at the Faculty of Economic Sciences and Director of the Center for Philanthropy Studies (CEPS) at the University of Basel, which he founded in 2008. From 2011-2007 he worked as a research assistant at the Institute of Association Management (VMI) at the University of Fribourg (Switzerland). Here he was project coordinator of the Swiss State Studies for Visions and Roles of Foundations in Europe and the Johns Hopkins Comparative Nonprofit Sector Project.

His research focuses on impact assessment, financial management of NPOs and nonprofit governance. Georg von Schnurbein is co-editor of the Swiss Foundation Code 2015 and the annual Swiss Foundation Report.

“Future significance of philanthropy in the USA, Europe, and Switzerland”.

Philanthropy has become a strong social trend on both sides of the Atlantic. Both in the USA and in many European countries, more than half of the foundations in existence today were established after 1990. However, the socio-political changes of recent years have also shown that philanthropy cannot stand alone. As in the days of Carnegie, philanthropy must be measured by its contribution to social development. 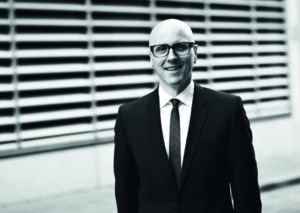 Dr. Sebastian Schwark is a strategic communications consultant and political analyst. As Managing Director, he is head of the Berlin office of the leading international communications consultancy Edelman. Dr. Schwark holds a doctorate in political science and is a former fellow of the German Marshall Fund of the United States, Washington, and the European Institute of Columbia University, New York.

“On the Current State of Philanthropy.”

The current state of philanthropy in Europe, the United States and worldwide will be highlighted on the basis of systematic empirical and historical considerations.
In particular, the motivation of philanthropists, as well as their development perspectives will be looked at. The basis of their decisions which concerns and projects to support are taken into account. 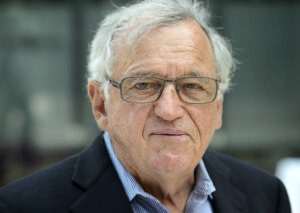 Berne-born Hansjörg Wyss, entrepreneur and patron, has financed several hundred million Swiss francs in projects related to science, research, culture, environmental protection and amateur sport. Now, through his foundation, he wants to donate another billion dollars towards environmental protection. The money will be used to conserve strips of land and marine areas for improved air quality and clean drinking water. Hansjörg Wyss wants in this way to contribute to maintaining around 30 percent of the planet in a natural state by 2030.

The presentation will be supplemented by first-hand insight into the motives behind his donations. 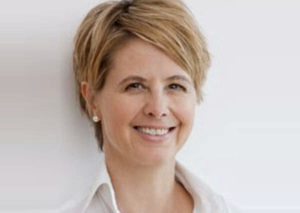 Beate Eckhardt is the Managing Director of the Association of Swiss Promotional Foundations, SWISS FOUNDATIONS. She previously worked as a freelance communications and project manager with a focus on education, culture, architecture and urban planning. She studied German linguistics and literature as well as social and economic history at the University of Zurich and holds a Master of Science in Communications Management from the University of Lugano and the University of California, Los Angeles (UCLA). Beate Eckhardt is an honorary board member of the Swiss Non-Profit Society, a board member of the Theater am Neumarkt and a member of the Zurich Philanthropy Roundtable.