The 1840s were times of particular economic hardship in Great Britain. Famine forced some two million people to emigrate. Among them was the Carnegie family from Dunfermline in Scotland. Andrew Carnegie was born there on November 25, 1835 as the son of a poor handloom weaver. 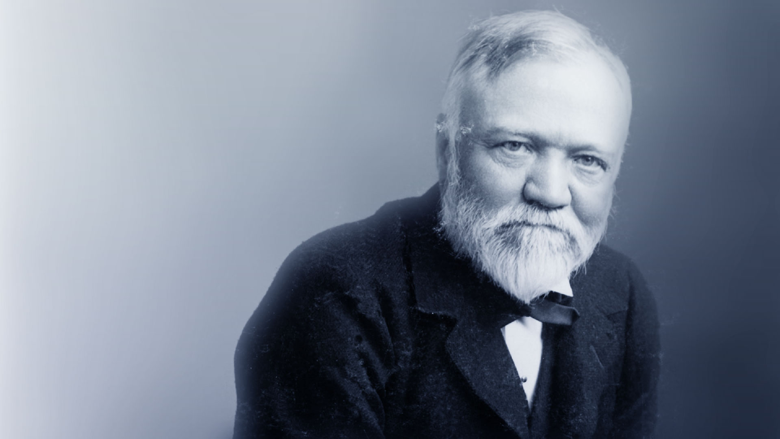 One of the era’s greatest captains of industry

In 1848, the family left their homeland in hopes of a better future in the new world. Andrew Carnegie made this dream come true. From the time of the American Civil War to the turn of the century he amassed an immense fortune – mainly in the iron and steel industry.

When Carnegie retired from business in 1901, he possessed one of the largest private fortunes in the world, which he shrewdly administered in his own bank in Hoboken, New Jersey. Between 1901 and 1914, he established numerous foundations and endowed these with approximately 350 million dollars. Today, the total worth of his investments would amount to around 75 billion dollars (2008).

In Carnegie’s day, it was quite customary for wealthy people to set up foundations. He himself, however, was possibly the first to publicly express the conviction that bestowing charity was a moral obligation of the rich. “This, then, is held to be the duty of the man of wealth … that after providing for the wants and needs of those dependent upon him … to consider all surplus revenues as trust funds, which he is called upon to administer to produce the most beneficial results for the community”, Carnegie wrote in his book The Gospel of Wealth in 1889.

When in 1904 a coal mine explosion in Harwick, Pennsylvania, claimed the lives of 178 workers, Carnegie’s attention was drawn to the courageous rescue attempts of a miner and an engineer. Being fully aware that the mine could collapse at any moment, both men nonetheless managed to save the lives of many trapped miners. Inspired by these “heroic deeds”, Carnegie established in eleven countries – among them Switzerland – foundations to honour those selfless persons who knowingly risk their own lives in order to save the life of another.